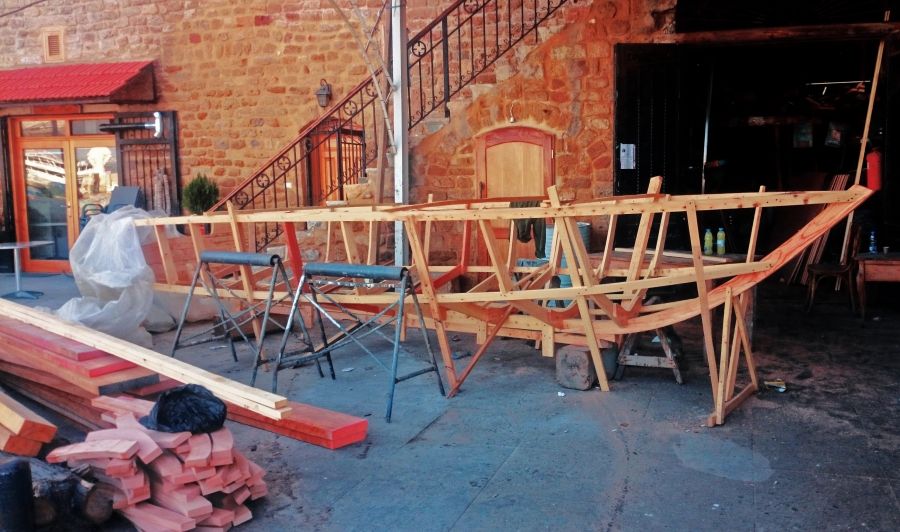 Traditional building of a boat

Written by amministratore on 16 August 2017. Posted in Lebanon.

The most used woods were pine for the outer plating, and the eucalyptus or acacia for the internal skeleton. The shipwright took about two months to build it. The boats, up to 50 years ago, were rather small, 6-7 meters, because they were driven by rowing and sailing. Now the most frequent dimension is 10 meters, the shorter boats are 7-8 meters.

The boats were painted with colored paints, and some apotropaic decoration. A name was always given, usually the nameof a family member (wife, children, etc.)