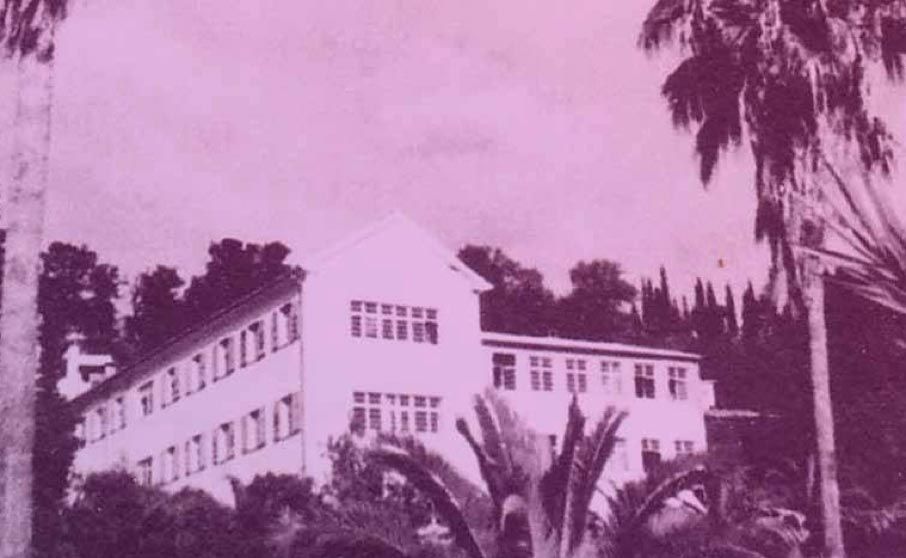 Written by amministratore on 15 March 2021. Posted in Montenegro.

The School of Fine Arts was founded in Cetinje in 1946 and even with the rank of high school it significantly influenced the development of fine arts in Montenegro.

Milo Milunović was a professor, and the director of the school was Petar Lubarda. Because of that function, Lubarda left the Academy of Fine Arts in Belgrade, where he was a professor, and he was already a famous painter in Europe, and returned to Montenegro. These famous Montenegrin artists, with the support of Cetinje artists and important personalities of Montenegro, managed to educate talented staff who rose to independent artists – creators. Due to the lack of space, the school worked within the elementary school “Njegos” in Cetinje, where the studios of Petar Lubarda and Milo Milunovic were also located. The school had 4 classrooms for 40 students and operated for two years.

Since 1948, the School of Fine Arts has been moved to Herceg Novi, a city that provided ideal conditions for the painting ambitions of future artists. Its new director was Miloš Vušković, a painter and cartoonist, who reorganized the work in the school and boarding school. Professors Veliša Leković, Luka Berberović, Luka Tomanović, Boris Verigo, Darko Đurišić, Vojo Stanić were the artists who replaced Lubarda and Milunović.

By a decree of the Government of the People’s Republic of Montenegro from 1952, the institution changed its name to the School of Applied Arts. Luka Tomanović was director. Another change of name followed in 1957 when the Executive Council of SR Montenegro passed the Decree on the organization and work of the School of Arts and Crafts. It worked under this name until 1963, when the Decree of the Executive Council of the SRCG began to be gradually abolished. This meant that enrollment in the school was no more, and the students who were enrolled continued their education until 1966/1967, when the school stops working. The last director of the School of Arts and Crafts was Srđan Kovačević.

The big names of her students, such as Berkuljan, Filipović, Tošković, Dado, Tatar, Jovićević and other students left a lasting mark on the Montenegrin art scene, as well as Živko Nikolić, who brought a recognizable spirit and humor in dramaturgy from the Art School.

17 generations passed through the School with 459 enrolled and 324 graduates.

The art school ceased operations in 1967. Although 50 years have passed since then, its influence is very significant even today, especially in Cetinje and Herceg Novi. Some of its principals, professors and students have become big names in the fine arts of Montenegro, the former Yugoslavia, and even Europe.