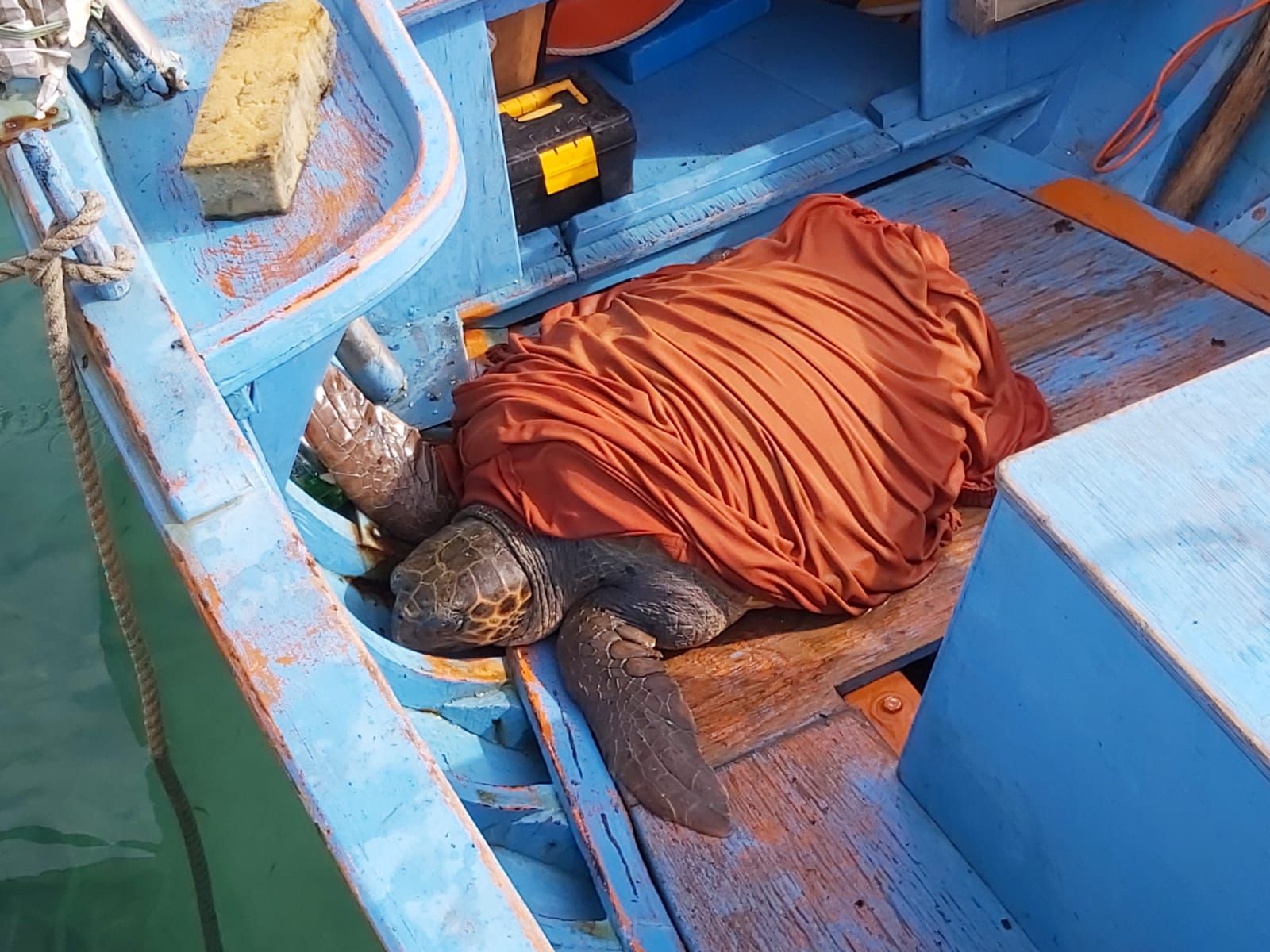 In the Port of Tricase, the Fortuna turtle

Written by amministratore on 19 February 2020. Posted in Italy.

From today on, she will be called Fortuna

It is a large female specimen of a sea turtle of the Caretta caretta species, fished out and brought to port, this morning by the fishermen of the Port Museum of Tricase. The “unfortunate” turtle had been caught, at about 30 meters deep, in the trammel net, lowered into the sea by the fishermen yesterday evening.

This morning when the fishermen went to the place to sail the net, they immediately realized the presence of the turtle. They brought her aboard their boat, immediately alerting both the local Maritime Office and the Center for the recovery of sea turtles of the Salento Natural History Museum. Waiting for her on the dock of the port, the Veterinary Service of the Local Health Authority – area c south, also intervened, in addition to the other fishermen and curious.

Fortunately the turtle did not report any injuries, but was nevertheless transferred to the recovery center, for the necessary checks after which it will be released into the sea.

The community of the Port Museum of Tricase, once again has shown itself to be attentive to the protection of the sea and its inhabitants and increasingly aware that the guarantee of a better future also starts from these small but very important gestures.