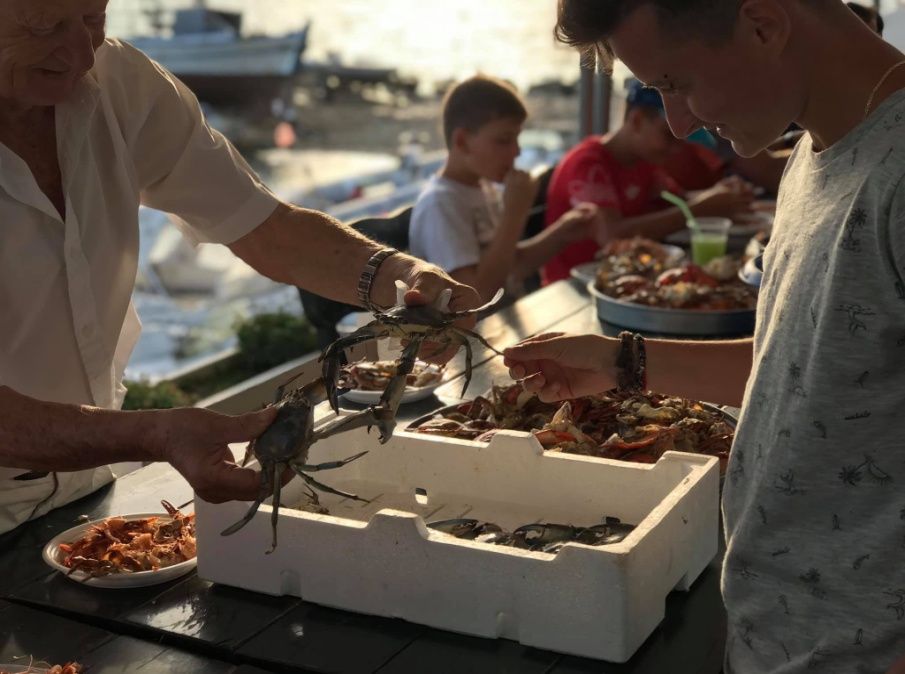 Written by amministratore on 25 July 2019. Posted in Albania.

The blue crab (Callinectes sapidus) is a species of crab that lives in the western Atlantic, and in particular on the east coast of the United States and in the bay of Mexico that has gradually invaded the Mediterranean, especially after the enlargement of the Suez Canal.

In the last 10 years it has also reached the Albanian coast, especially along the lagoon areas. It is a species of important size that can measure up to 15 cm in length and 50 in width it represents a real threat to the native species of the areas where it has gradually settled also because of its voracity and aggressiveness.

Numerous information and awareness campaigns have been organized by environmental organizations, in collaboration with fishermen, on the damage caused by this invasion and possible actions to tackle it.

One of the proposed ways to contain its expansion and limit the damage that this predator creates to native species is certainly its use for food use.